In 2012 about 14 million people were diagnosed with cancer According to the World Health Organization, by 2030, the number of people worldwide who are diagnosed with cancer is expected to skyrocket to 21.6 million–a stark 53 percent increase from the latest statistics reported in 2012. In a press release, Dr. Chris Wild, director of the WHO’s International Agency for Research on Cancer, said: “These new figures and projections send a strong signal that immediate action is needed to confront this human disaster, which touches every community worldwide, without exception”.

“By 2020, 47% of the population will be diagnosed with cancer at some point before they die, according to projections drawn up by Macmillan Cancer Support.”

While malnutrition and infections are mostly prevalent in less-developed countries, heart attacks and cancer will claim the most lives in developed countries:  “47% of Britons will develop cancer in their lifetime by 2020, study shows” was the headline of “The Guardian”, just a few months ago.

Just pick up any newspaper these days and you will see the headlines: concerns about bisphenol A in plastic, toxic issues in water and air, drug recalls and food contaminations. There is no doubt that we are exposed to environmental toxins on a huge scale and that this is causing some serious health problems. 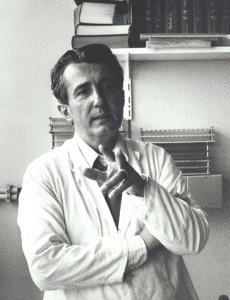 Officials of all countries propose to establish commissions to take steps to “increase prevention.” But officials refrain from implementing a real policy of prevention. True prevention would involve–as preached in vain by Professor Beljanski 30 years ago–submit the products to real testing. (At that time, the authorities refused to impede the advance of industrial progress).

What our politicians are offering is in fact a policy of early detection, which means increasing the pressure on women to sell them (yes, someone has to pay for it) even more mammograms, and other sources of radiation like scanners, biopsies, etc. There is no doubt that the pharmaceutical industry has all the tools for screening.

But can we call it prevention ?

In his book “Preventing Breast Cancer”, Professor J.W. Goffman shows that past exposure to ionizing radiation–primarily medical x-rays–is responsible for about 75 percent of the breast cancer problem in the United States. A mammography every 10 years would increase by 9% the risk of cancer.

Confusion between prevention and detection, of course, is not a coincidence. I would even say that this is a semantic scam. By law, selling something (eg. a health policy) to someone (taxpayers, voters) falsifying the nature of what is sold (screening instead of prevention) is considered a fraud.

Unfortunately only a few politicians will admit that it is possible to prevent diseases thanks to non-toxic products with high anti-cancer potential, and to prevent the disease before it spreads to other organs.